Cesar Chavez is a household name in San Jose. Chavez co-founded the National Farm Workers Association, advocated for farm worker’s rights, and is one of most well-known Latino American civil rights activists. Chavez raised his family in the Mayfair neighborhood and has had a lasting impressing in San Jose. Plaza de Cesar Chavez is named after the activist, San Jose State University honors Chavez with the Arch of Dignity, Equality, and Justice, and you can visit the Chavez family home. Cesar Chavez mural across the street from the Mayfair Community Center

Another notable San Josean and San Jose State University alum is Luis Valdez, an award-winning playwright, actor, writer and director. Some of his work includes the play Zoot Suit and movie La Bamba, and he was recently featured as a voice actor in Disney Pixar’s Coco.

The Mexican Heritage Plaza hosts performances of traditional dance, as well as cultural and music events. Movimiento de Arte y Cultura Latino Americana, or MACLA, showcases Latino art through the form of visual art, poetry readings and film screenings. Many murals that decorate the city have Latino elements and are made by Hispanic and Latino artists - new murals are always appearing with the help of Empire Seven Studios and Pow! Wow! San Jose. You can visit the Peralta Adobe, the last remaining structure from El Pueblo de San José de Guadalupe. 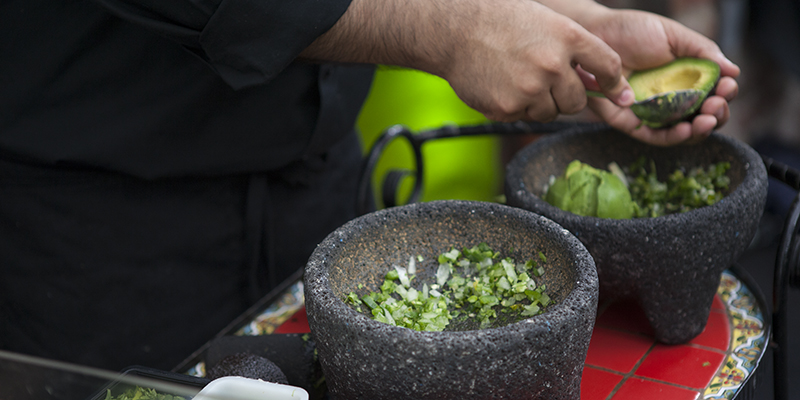 San Jose embraces Hispanic and Latino cuisine and it is a staple in the local foodie culture. Luna Mexican Kitchen, La Victoria and Mezcal are just a few Hispanic / Latino owned and operated restaurants that serve amazing authentic cuisine.

Visit San Jose understands that Hispanic Heritage Month, though a nationally recognized tribute, may not be reflective of all cultures under the Latinx identity.